Diwali, a festival of light, hope and happiness is one of the biggest cultural celebrations that take place in India. It is
celebrated across the length and breadth of the country in diverse ways and with great enthusiasm.

The festive fervour brought along Diwali is seen months before the occasion; people are excited, markets are decorated and the houses are illuminated with all sorts of beautiful lights. It’s a cultural extravaganza witnessed at its best. Diwali is not just a festival but a feeling that brings joy and happiness in the lives of many people. For some, the festival is associated with new clothes, shopping and a lot of festive food binging, for others it’s a reason to indulge in parties and gatherings, and for many it is that time of the year when they get their long due bonus and gifts at work that bring nothing but happiness. In short, a spirit of cheer and merriment engulfs every other person due to innumerable reasons. But do you know how and why this all started? Let’s take you to the roots of the festival.

History and origins of Diwali

Widely known as the ‘festival of Lights’, Diwali is a 5-day celebration, wherein friends and families get together and perform various rituals and indulge in merry making in their own ways. The festival is all about people lighting Diyas or earthen lamps in their houses, gobbling all sorts of delicacies, exchanging gifts, playing games and burning crackers. According to the Hindu lunar calendar, Diwali is observed on Amavasya or the no moon night and is an indication of a dawn of a New Year. The festival is considered to be a harbinger of new beginnings as it is believed that Goddess Lakshmi herself visits the houses of devotees in the middle of the dark night, and blesses them with wealth, good health, prosperity and happiness. It is called the festival of lights because it symbolises the victory of light over darkness, hope over despair and good over evil.

The history of Diwali can be traced back to thousands of years in ancient India. There are various legends revolving around the origin of this festival. Some believe it to be the celebration of the marriage of Lakshmi, the goddess of wealth, with Lord Vishnu and others believe it to be the birthday of goddess Lakshmi. The most widespread belief is that the festival is celebrated to mark the return of Lord Rama along with his wife, Sita and brother Lakshman, from a 14-yearlong exile to the kingdom of Ayodhya. To commemorate the return of their king, the people of the kingdom illuminated each and every household with earthen lamps and hence, the festival of lights was observed.

For some the origin of the festival lays in Bengal, where the festival is dedicated to the worship of Kaali, the dark goddess of strength. The elephant-headed god and symbol of auspiciousness and wisdom Ganesha is also worshiped in most Hindu homes on this day along with goddess Lakshmi. For people who practice Jainism, Deepawali has the added significance as it is believed that it is on this day that Lord Mahavira attained the eternal bliss of nirvana.

They say there is no other country as diverse, secular and vibrant as India and so many stories and legends pertaining to just one festival leaves no doubt about it. We now take you on a journey and give you a glimpse of this festival through the eyes of a common Indian man. We bet you don’t know the reasons behind the celebrations across different parts of India and the significance of the celebrations.

The significance of the five days of celebration

Each day of celebration of the festival has its own tale to tell. As per the legends, the first day, Naraka Chaturdasi marks the conquering of the demon Naraka by Lord Krishna and his wife Satyabhama.This is followed by Amavasya, the second day of Deepawali, which marks the worship of Lakshmi as she is said to be in her most benevolent mood, fulfilling the wishes of her devotees. 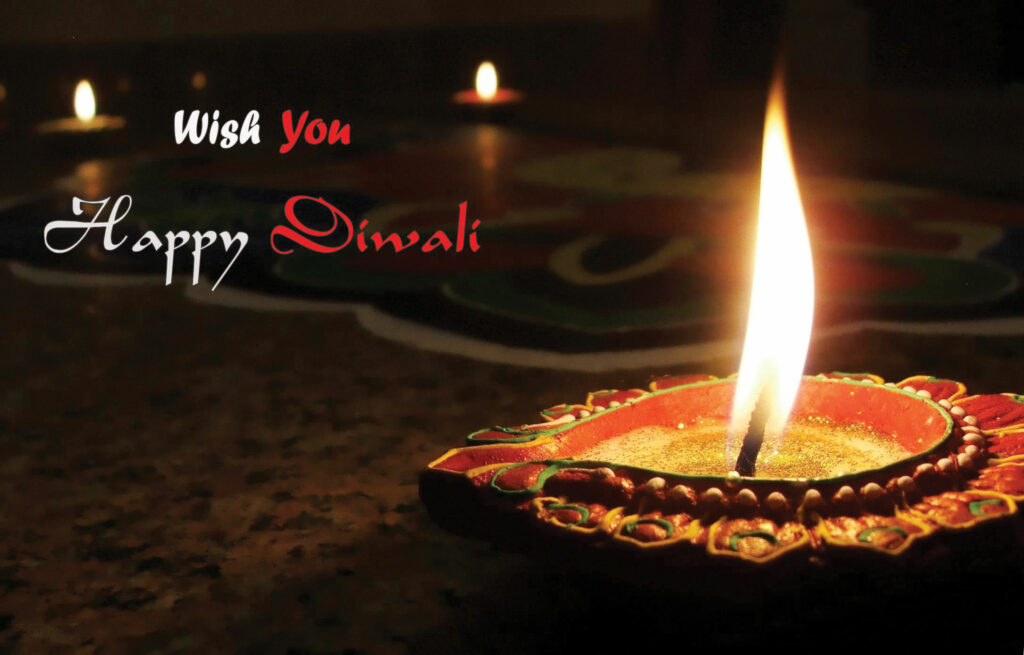 The no moon day or Amavasya also tells the story of Lord Vishnu, who, in his dwarf incarnation, overcame the bully Bali and banished him to hell. It is believed that Bali is allowed to return to earth once a year to light millions of lamps and dismiss darkness and ignorance while spreading the radiance of love and wisdom.

On the third day, famously known as Kartika Shudda Padyami, it is said that Bali steps out of hell and rules the earth according to the boon given by Lord Vishnu. The fourth day is referred to as Yama Dvitiya (also called Bhai Dooj), and on this day sisters invite their brothers to their homes for a Teeka ceremony. This is similar to the spirit of Rakshabandhan wherein, the brothers vows to protect the sister.

Diwali also instills charity in the hearts of people. Govardhan Puja, a commemoration by Vaishnavites, on the fourth day of Diwali is observed by feeding the poor on an incredible scale.

The fifth day is observed as Dhanteras wherein many indulge in gambling and consider it to be auspicious. The Hindi word ‘Dhan’ means wealth and ‘Teras’ stands for the 13th. This celebration of wealth and prosperity occurs two days before the festival of lights. Card parties are a big trend due to this day. The tradition of gambling on Diwali also has a legend behind it. It is believed that on this day, Goddess Parvati played dice with her husband Lord Shiva. She decreed that whosoever gambled on Diwali night would prosper throughout the ensuing year.

The significance of lights and firecrackers

Every ritual practiced on Diwali has its significance and a story behind it. Homes are illuminated with lights, and firecrackers fill the skies as an expression of respect to the heavens for the attainment of health, wealth, knowledge, peace, and prosperity.

As per a belief, the sound of firecrackers indicates the joy of the people living on earth, making the gods aware of their plentiful state. Still another possible reason has a more scientific basis: the fumes produced by the firecrackers kill or repel many insects, including mosquitoes, which are plentiful after the rains. However, with the alarming rise of global warming and pollution levels, this practice should be discouraged.

The spiritual significance of Diwali

Beyond the lights, gambling, and fun, Diwali is also a time to reflect on life and make changes for the upcoming year. With that, there are several customs that revelers hold dear each year.

1. Give and forgive: It is common practice that people forget and forgive the wrongs done by others during Diwali. There is an air of freedom, festivity, and friendliness everywhere.

2. Rise and shine: Waking up during the Brahmamuhurta (at 4 a.m., or one and a half hour before sunrise) is a great blessing from the standpoint of health, ethical discipline, efficiency in work, and spiritual advancement. The sages who instituted this Deepawali custom may have hoped that their descendants would realise its benefits and make it a regular habit in their lives.

3. Unite and unify: Diwali is a unifying event, and it can soften even the hardest of hearts. It is a time when people mingle about in joy and embrace one another.

4. Prosper and progress: On this day, Hindu merchants in North India open their new account books and pray for success and prosperity during the coming year. People buy new clothes for the family. Employers, too, purchase new clothes for their employees. Homes are cleaned and decorated by day and illuminated by night with earthen oil lamps.

5. Illuminate your inner self: The lights of Diwali also signify a time of inner illumination of the soul. It is an opportunity to cultivate and enjoy eternal bliss.

6. Moving from darkness into light: The light empowers us to commit ourselves to good deeds. During Diwali, lights illuminate every corner of India, and the scent of incense sticks in the air mingled with the sounds of firecrackers signifies nothing but joy, togetherness, and hope. Diwali is celebrated across the globe. Everywhere outside India, it is more than a Hindu festival; it’s a celebration of SouthAsian identities.

If you are away from the sights and sounds of Diwali, light a lamp or a candle, sit and introspect, shut your eyes, withdraw the senses, concentrate on the supreme light, and illuminate your soul.

If you happen to ever visit India during this festive period, you can spend this festival in the most amazing ways in these beautiful places that have different ways and traditions revolving around the celebration of Diwali.

1. Kolkata: The mighty city of Kolkata brightens up in every way possible due to the massive celebration of Kaali Puja. Goddess Kaali is worshiped in huge pandals (tents) that are decked up like a bride on her wedding day. The lip smacking food available in the city during this time is a cherry on cake.

2. Goa: Since many people indulge in gambling as part of the Diwali fervour, the casinos in Goa are a sight to behold. It is fun and merry making all across the city, it is less crowded and nnot very busy unlike other months since a majority of Indians prefer to celebrate the festival with their families; this is considered as the best time to visit the party capital of India.

3. Amritsar: Even though Amritsar, home of the Golden Temple, is predominated by Sikh, Diwali is celebrated in a grand way there too. It is because this day marks the return from prison of the sixth Sikh Guru, Guru Hargobind Sahib, in 1619. He had been irrationally held for his beliefs, along with many others who he helped free. Also, the foundation stone of the Golden Temple was laid on Diwali, in 1577. So, expect to see an exciting display of fireworks over the Golden Temple on this day. 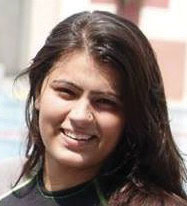 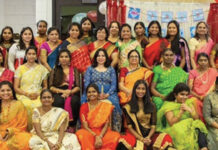 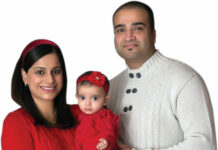 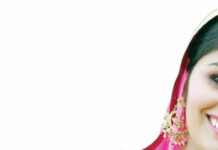 A GIRL IN A WHIRL 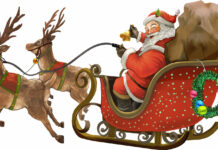 JOY TO THE WORLDCHRISTMAS IS HERE! 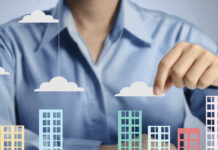 Water Intoxication Is Deadly – When You Drink Too Much Water

50 years ago two people got hooked, and today a golden...