After breathing new life in the Rudyard Kipling classic “The Jungle Book”, director Jon Favreau is back with “The Lion King” in a bigger and better avatar, and the Disney classic is expected to roar loud in India.

Favreau has updated the 1994 screen classic with photo-realistic, computer-generated animation, to bring back the adventures of Simba, who is to succeed his father Mufasa as King of the Pride Lands. It narrates a tale of how he rises up to the occasion despite several attempts to bring him down by his villainous uncle Scar.

Disney is taking the audience on a trip down memory lane, and has backed it up with star power to widen its reach and box-office prospects.

Back home, the Hindi dubbed version cashes in on Shah Rukh Khan’s stardom. SRK is voicing Mufasa in the dubbed Hindi version while his son Aryan’s act as Simba. Sunidhi Chauhan and Armaan Malik have sung for Hindi version.

The film opened in India in 2,140 screens on July 19 in English, Hindi, Tamil and Telugu. The Hindi version also opened in UAE on Friday.

“The Jungle Book” saw a gala opening-day collection of Rs 10.09 crore in India when it released in 2016. The trade expects “The Lion King” to eclipse that figure.

According to trade expert Taran Adarsh, the film has started on a good note.

“‘The Lion King’ has started on a good note. It will be the first choice of moviegoers this week. It should collect in double digits on day one (all versions combined),” Adarsh tweeted on Friday.

Favreau hopes to repeat the success of “The Jungle Book” in India with his latest live-action project.

“Hello India, I am director Jon Favreau. I still remember the love you shared for ‘The Jungle Book’. It was heartening to see you connect so beautifully with Mowgli and his animal friends. Now, I am here with my new film, that I cannot wait for you to see.

“I am telling the story on a bigger grander scale with updated technology. I hope you fall in love all over again with Simba and his journey,” Favreau said in a video message for the Indian audience.

According to a report in “variety.com”, the film is already roaring past $100 million in ticket sales globally. In fact, it posted the second biggest opening day of the year behind “Avengers: Endgame” in a few markets, including France ($4.8 million), Australia ($2.9 million) and Germany ($2.3 million).

In India, the advance sales for the film have been phenomenal, according to Ashish Saksena, chief operating officer (cinemas) at the online ticketing platform, BookMyShow.

“Ever since ‘The Lion King’ teaser released in November last year, the film has been the talk of the town. Its close-to-life animation, background score, celebrated voiceover artists have brought back a sense of nostalgia among audiences young and old.

“With the film being promoted extensively in Indian local languages with Shah Rukh Khan and his son Aryan Khan (Hindi), Mohanlal and his son Pranav (Malayalam), Arvind Swami and Siddharth (Tamil) and Jagapathi Babu and Nani (Telugu), lending their voice to the film, the advance sales on BookMyShow have been phenomenal,” Saksena told to media.

Devang Sampat, director (strategic initiatives), Cinèpolis India, said: “‘The Lion King’ is expected to be one of the blockbusters of the year. We expect the movie to garner over a million footfalls across our 377 screens in India… Also, there will be shows available round the clock in day / movie hours, so patrons can enjoy the movie at any time of their choosing,” Sampat told IANS.

With the growing buzz, distributor Rajesh Thadani says the first week is going to see a “big collection for the film”.

To this, film and trade expert Girish Johar added: “The buzz is phenomenal. Disney has gone all out to promote the film the world over, including India. They have dubbed the film in three languages, which clearly shows that India is an important market. After mature films like ‘Kabir Singh” and ‘Article 15’, comes a complete family film, and we are expecting a good start.”

So, all hail the Lion King. He is here to win over the hearts once again. 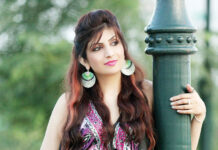 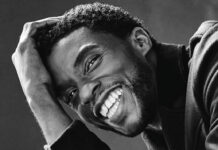