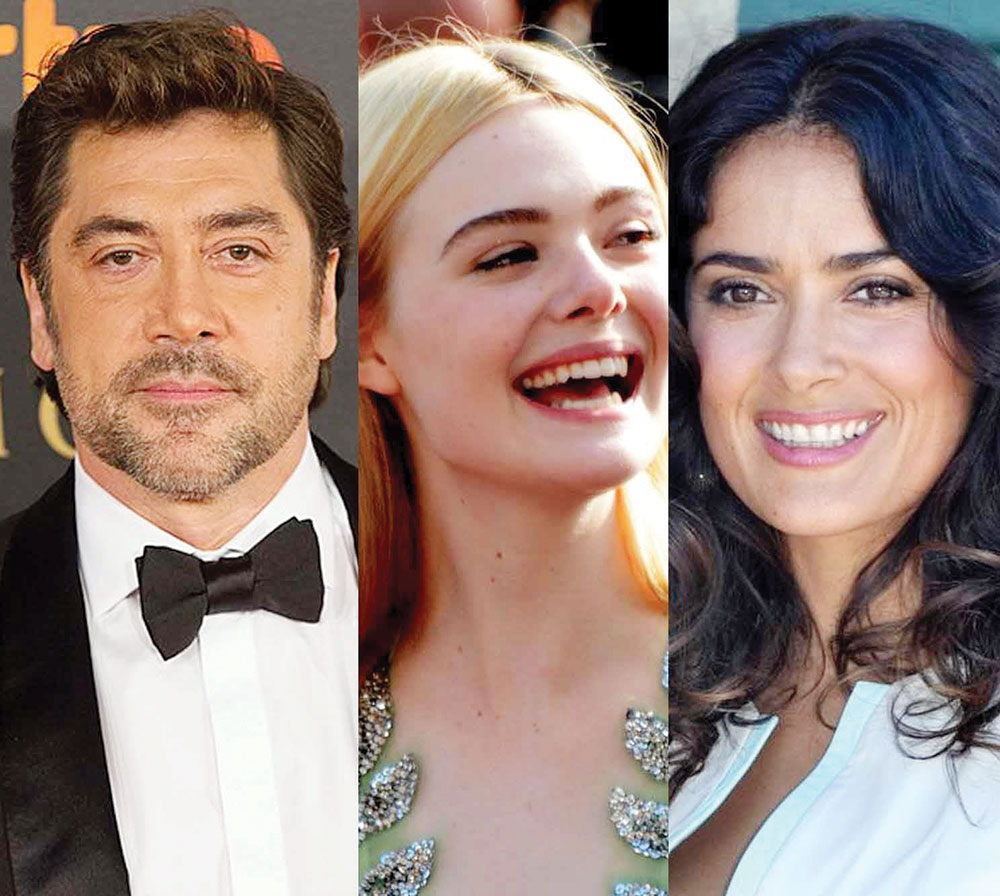 Javier Bardem and Salma Hayek have joined the star-studded cast of the untitled family drama being directed by Sally Potter. Bardem, 49, and Hayek, 52, joins Chris Rock and Laura Linney in the project, which recently started shooting in Spain, reported Variety.

Actor Elle Fanning, the star of films like “Maleficent” and “Neon Demon”, will also feature in the film in a pivotal role. The story follows turbulent 24 hours in the life of a father (Bardem) and daughter (Fanning) as the latter grapples with the challenges of dealing with her father’s apparently chaotic mental state. Hayek will portray Bardem’s spouse and childhood sweetheart.

Potter is best known for directing films such as The Party, Ginger & Rosa and Oscar-nominated Orlando. Her new project will also shoot in New York in January next year. The feature was co-developed by BBC Films and the BFI and is funded by HanWay Films, Bleecker Street, Ingenious Media, BBC Films, the BFI, Chimney Pot Sverige AB and Film i Vast.