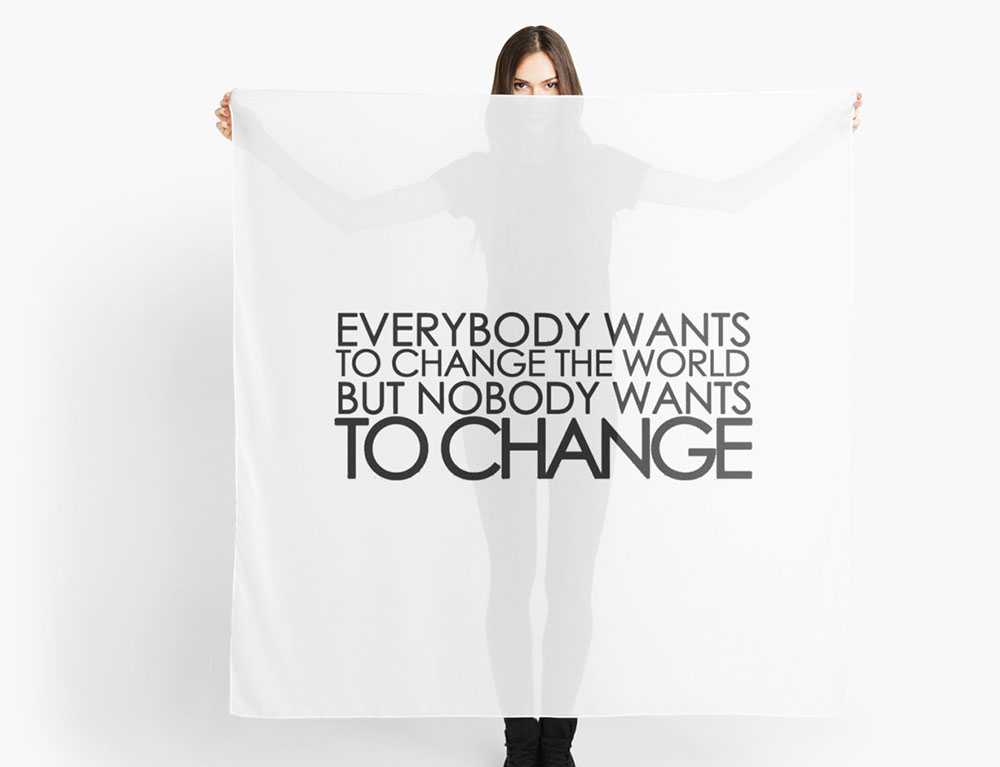 Everyone wants to own the result, nobody wants to own the process. Everybody want progress, but no one- with few exceptions- is ready to be a part of it. Change brings progress. Change is the law of nature. Everyone wants a positive change. For that we need to contribute by adapting to a change. Since we are hard wired on cognitive front, not to risk, so we resist the change.

Why we continue to resist a change?

Being creatures of die- hard habits, we often have difficulty incorporating even small changes into our daily routines, no matter how beneficial they are for us, because we tend to do the things that make us remain safe and comfortable. No one wants to be in the corridor of uncertainty which a change brings to start with. Sometimes we fully understand the realm of change: and being convinced make reasonable efforts to change, but why -Owhy, is it that we are still so resistant to changing our behavior, even when these changes are healthy or beneficial to us? Let us understand it.

Change is the only constant factor in life. Those who do not adapt to the changedown the lane of ever moving wheel of time- are not most successful in life.

Our inertia works against us to achieve a change:

Inertia is a tendency to do nothing or to remain unchanged. The logic is our brain is hard wired to avoid risk and change always comes with risk. Inertia any initiative at the headwinds of any change that we make in our lives. It helps to describe why our bodies tend to act against us when we try to begin a new diet or an exercise routine.

Our bodies’ complex inertia, or resistance to change, is important for maintaining a state of equilibrium in our bodies. It is known as Homeostasis. Homeostasis helps our bodies to maintain a normal body temperature, metabolism, weight and other quintessential functions that are necessary for our survival. Think about homeostasis as a micromolecular neurophysiological thermostat, e.g. when a fridge is too cold, the thermostat helps to adjust the temperature by turning off the air conditioner of the unit.

But if you pursue a change for 3 weeks in succession then the change gets accepted. For example, if you have started a new low carb diet to lose weight or normalize blood glucose and pursue it continuously for at least 3 weeks, the brain starts accepting the change. There are millions of examples as we people have quit smoking, drinking and drugs.

It might also be interesting to note that the steps to making meaningful life changes can further be implicated by areas of the brain that control our habits and conscious decision-making abilities. Our basal ganglia in the ancestral or primitive brain are responsible for “hard wired” habits. This cluster of nerve cell bodies is involved in functions such as automatic or routine behaviors (e.g., habits) that we are familiar with or that make us feel good. Such behaviors might include nail biting, alcohol, drugs, smoking cigarettes or following the same routine every day [e.g. Food habits] without making changes to it.

I think, we reject change due to the fear of failure. As a human being our mind is designed to protect us. It will always try to find a safe way. When we want to change, we fear of its negative consequences since it is never tried before.

Habits like exercise is another example. When we repeatedly exercise- say over 3 weeks in succession- or perform a certain behavior in a specific environment or context then it becomes our daily new routine. Any type of change like incorporating a physical activity into our routine after a period of being sedentary[ lazy life style] can go against the neural pathways that have become automatic to us. That is why we tend to fall back on our default or automatic behaviors when we try to implement changes like a new diet or physical activity after a period of inactivity.

Having a mental disorder can affect our ability to change behavior:

People with some mental disorders like Depression, ADHD can have difficulty changing their behaviors, especially as an aspect of the therapeutic process, because finding motivation to exercise and incorporate other positive changes, by these sick people, can be difficult when experiencing a lack of interest in activities, which were at one time enjoyable. Symptoms such as these can make a change to the neuro-psychological state of their inertia damn difficult.

Change is a very slow process. You cannot expect one overnight. If one pursues it with constancy to purpose and honesty of commitment, then one day the positive change will happen as success likes the company of a prepared mind.

Why not others’ take an initiate attitude:

The real problem is each individual feel that someone else should initiate for a change as one is busy. Everyone thinks someone will do and this attitude results in no one coming forward. Each person feels that the responsibility to start a revolution is distributed among masses and I’m not as much required or needed to bring something new to the world. That’s why everybody wants change but no one wants to initiate.

Change is a mind set:

Everyone wants a change but they don’t want to be the first one. They think that they will be criticized but the less they know that only great minds are criticized.

To bring a change is difficult:

To register a change is difficult and wanting a change is quite simple. It is similar to like, we want no one should throw trash in the city but won’t hesitate littering the city. Its easy imposing things on others than imposing on ourselves.

We think it is not our responsibility and that we are perfect as a citizen or resident. So, others should change to bring the change.

Also, sometimes we are scared to take the first step and wait for some crusader to come, give a big lecture, make us realise how powerful we are and then lead the masses to a better change. But we forget that no such superhero exists in reality.

I think its fear of failure. As a human being our mind is designed to protect us to be on the safe side. It will always try to find a safe way. When you want to change, you fear of its consequences as it is never done before.

Also, if you are afraid of criticism, you tend to stick with present position rather than changing it. It is quite obvious that we all love to talk about ideals, principles. But when its time to change your behaviour, we prefer status quo, by thinking that some one will initiate it. Since every human mind function in the same manner, no one venture to initiate it.

Humans vary in their pre-disposition:

Humans vary in their pre-dispositions, effects of parenting, schooling, and socializing to cap it all. Wanting a change is comfortable, but their changing it, or themselves, involves honest introspection which is painful. we judge things as good or bad. The things which are bad according to us, we want them to change because we don’t like those things.

The main problem is we don’t look within ourselves. We consider ourselves perfect, love what we do, think that we have good qualities & we are doing everything properly. This is the real main cause of the problem.

If some crusaders decide to take the bull by horns they did not get support of people and system. If powerful institutions and leader encourage people in a positive way, then the change happens.

Change involves coming out of the comfort zone, which is a very difficult task for many. But Change is not something magical, unless we make a try, change is not going to happen any time soon.

When I turn on the radio or watch TV I find that everyone’s talking about what they want to change? And how they want change. People want a better economy, but nobody’s willing to share in the financial burden it’ll take to get us back on the rails of normalcy.

It is a persons’ mind set. It is easy to talk about change, but it is difficult to make change. If you succeed to make change, you will be a role model for others. People want better schools, but nobody wants to revisit the system, review the role of parents. People want lower health care costs, but nobody wants to endure the changes to medicine, law and bureaucracy it’ll take to get it. 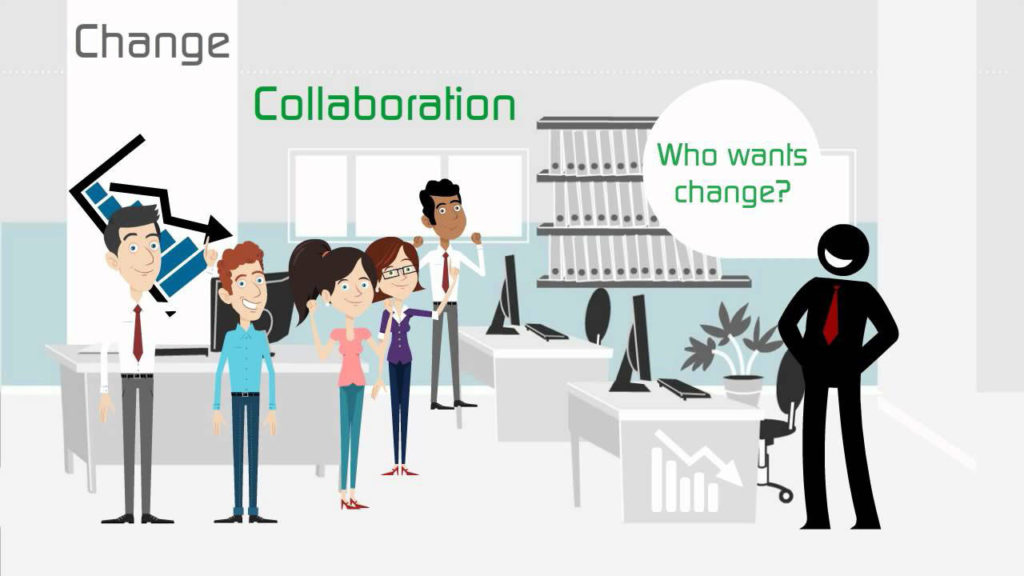 We are so engrossed in reading and intellectualizing everything that concerns us that we blindly say yes change is good for us, but since we also feel secure staying in our own comfort zone, we are inclined to not change or resist change! Its only when we challenge our limiting beliefs that we give our informed consent to a change and evolve and grow.

Another obstacle to change is when we think it is not our responsibility and that we are perfect as a denizen and expect others should change to bring the change. Such type of people prefers to be a part of the celebration not a part o the solution. Moreover, sometimes we are scared to take the first step and wait for some superhero to come. World leaders like, Mahatma Gandhi, Nelson Mandela and Nobel Laureate Saint Mother Teresa are classic examples as they were a part of the solution process till final change saw the light of the day.

Changing requires effort and humans in general, being lazy do not wish to apply that effort. Changing oneself is the hardest thing and we come up with thousands of reasons to defy a change.

People are busy to make their both end’s meet. so, their first priority is to address the bare necessities of life and as such show a cold shoulder to a change. People who have time, resources and influence they choose not to take initiative and do not come forward to bear the burden. If some crusaders decide to take the bull by the horns, they do not get support of people and system. If powerful institutions and leaders encourage people in a positive way, then the change is bound to happen. 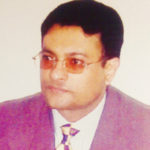 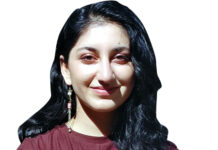 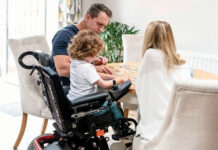 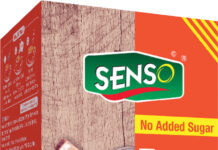 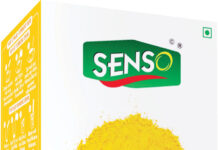 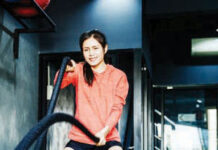 How to control Hunger Successfully

How to prepare for a Doctor’s appointment?