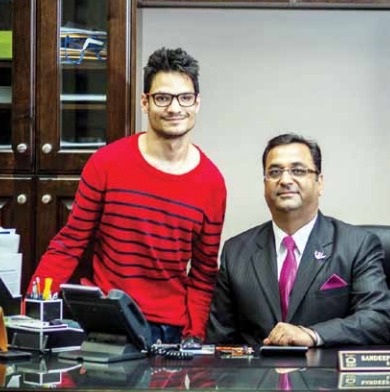 Who always keeps the interest of his clients in mind. His after-sales service totally relates to his ingrained personal motto: He believes in the principle of “Protection for all”.

If so, how is it he is different from other people who deal with personal, life, and disability insurance and promise excellent service?

Without reflecting on the quality of services offered by others, it will suffice to say Sandeep believes in “Protection for all” as an extension of his people- person personality.

Sandeep leads by example: In the event of a unforeseen disability he will be beside you to further your interests so that you are compensated to the maximum possible amount.

“To change his client’s life for the better” is Sundeep’s motto; “to secure you a substantial claim amount” is his goal. Sandeep deals in personal, life, and disability insurance. He once also worked as a “Carrier” Agent selling life insurance.

His business playing field has now been expanded to the national level and it promises to expand further. Sundeep Ahuja is only at the start of his amazing journey. He personifies all that is promised by North America to the hard working entrepreneur. Most of all, he believes in himself.

In a short span, Sandeep Ahuja has become a blue eyed boy of the media. They sense he is on his way up with a sense of urgency. Most community papers feature him on their front pages in a box. That is the kind of space he deserves.

Climbing up the ladder of success in the Insurance field has not made him proud, as he still retains humility.

However, only working hard does not constitute all that makes an individual a success. He is a father to three children two handsome sons and a beautiful daughter. And true to his ambitious self he hopes that they will one day reach the pinnacle of their fields.

Sundeep Ahuja breathes success for himself and all who come in contact with him. 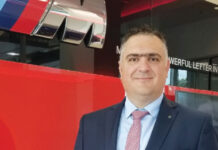 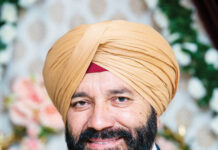