I nfiniti replaced its much loved and much lauded G37 with the all-new Q50 in late 2013 as a 2014 model, and we covered a number of trim levels. The first one I drove and reviewed was a Q50 Hybrid, while my colleague followed that one up with a Q50 AWD Premium and I followed him up with a different slant on the same car. It took us until February of this year to get my 2015 Q50 3.7 AWD review published, and here we are again with a very nicely equipped 2015 Q50 3.7 AWD Limited Edition.

In case you’re curious, Infiniti’s Canadian division offers the conventionally powered Q50 in five trim levels for 2015, last year’s Premium designation now off the menu and my latest tester’s Limited trim on. The rundown is as follows: Q50 3.7, Q50 3.7 AWD, Q50 3.7 Limited, Q50 3.7 AWD Sport, and Q50 3.7 Sport, while the Q50 Hybrid AWD can only be had in one well-equipped so-named model.

Of course, Infiniti shoots back with some innovative technology of its own, and not just copycat systems developed and engineered by Japanese hybrid producers. The Q50, as tested, is the only car in the world to offer Direct Adaptive Steering, a steerby-wire system with no direct mechanical connection between steering wheel and tires. Infiniti took more than a decade to develop DAS and believe me it shows. It has the ability to react much quicker to steering wheel input than a conventional hydraulic- or electric-powered rack and pinion steering setup, specifically responding to what you’re doing rather than the other way around. In a nutshell, an ECU reads the amount of turn-in you’re adding to the steering wheel after which it calculates and provides the appropriate info to the steering motors. Steering feedback, which is no longer physically connected, is instead defined by an electronic control unit, as well as a camera and processing module, all determining the amount of resistance to add back to the steering wheel through a steering force actuator unit. The advantage is the system’s ability to electronically modify the steering ratio and feedback without mechanical revisions, some of that ability right at your fingertips. A chrome-detailed toggle switch on the lower console lets you flick through its Quick, Standard, and Casual ratios, all designed to match a driver’s varying moods, and they really do make a difference.

I should mention here that DAS in the 2015 model I drove earlier this year and in this Limited trimmed Q50 felt better than it did last year, much to do with a number of modifications made to steering and suspension tuning in all 2015 Q50 models, increasing the feel and responsiveness of the hydraulic steering system in base models and adding more feedback from the upgraded DAS setup, so that now it feels much better at high speeds and more natural through fast-paced corners. By the way, if you find the idea of direct steering a bit disconcerting, some relief should come in the knowledge that Infiniti has your back with a failsafe mechanical backup system that will take over within milliseconds if DAS were to have a meltdown. After more than 10 years of development it’s no doubt a safe and sound system, and I certainly never had any problems in any of the four DAS-equipped Q50s I’ve tested. All were extremely responsive to input when the Drive Mode toggle was flicked to its Quick setting, this latest 2015 model unbelievably reactive, making the Q50 feel like a much smaller, lighter car than it is, while cornering grip is shockingly good. I must admit, however, that Casual mode remains much too (yawn) relaxed for the way I prefer to drive, but I can appreciate that some Q50 owners will like it.

DAS comes as part of the $4,300 Deluxe Touring and Technology package, incidentally, which also includes a power tilt and telescopic steering column that can be automatically adjusted via the dual occupant memory system that also sets the driver’s seat and mirrors, plus gorgeous maple hardwood inlays, auto-dimming exterior mirrors with reverse tilt-down, rain-sensing wipers, an advanced Plasmacluster climate control system, adaptive headlights with high-beam assist, intelligent cruise control with fullspeed range and distance control assist, an AroundView monitor with moving object detection, front and rear sonar, blind-spot warning and intervention, back-up collision intervention, an advanced predictive forward collision warning system with forward emergency braking that as you may have seen on Infiniti’s TV ads automatically reacts to the vehicle braking in front of the vehicle you’re following, lane departure warning and prevention with active lane control, front pre-crash seatbelts, and an Eco pedal system that, if engaged, will press back on the throttle if you’re trying to accelerate too quickly in order to remind you to go lighter on the environment. This package also includes 60/40 split-folding rear seatbacks with a centre armrest pass-through.

I’ve gone over the base model’s features and the Deluxe Touring and Technology package upgrades, so I’d be remiss if I didn’t cover the extras that come with AWD Limited Edition trim. Most obvious, the Limited gets a stunning set of 19-inch triple five-spoke alloy rims that are worth the price of admission alone, riding on 245/40R19 Dunlop SP Sport 5000 DSST CTT all-season run-flat performance tires that provide an asymmetrical tread pattern for strong grip on wet or dry surfaces, plus a unique rear spoiler that adds to this Q50’s sportier look. Additional kit includes leather upholstery, heatable front seats, Infiniti’s InTouch navigation system with touchscreen lane guidance and 3D building graphics, Nav Traffic, a one-year subscription to Infiniti Connection that allows automatic collision notification, drive zone monitoring and destination assistance, not to mention smartphone connectivity to the infotainment system’s various functions, a 14-speaker Infiniti Studio on Wheels by Bose audio upgrade with satellite radio, and more.

The Q50 is not only a supremely comfortable and accommodating luxury sedan with impressive performance credentials, it’s also the best value in the small premium sedan segment. You owe it to yourself to take one for a drive, but I warn you now that if you spend enough time behind the wheel you’ll likely find yourself driving a Q50 straight home. 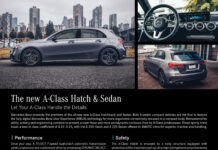 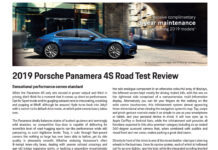 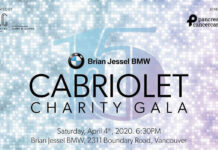 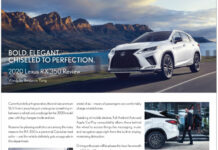 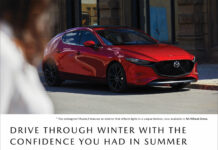 Drive Through Winter With The Confidence You Had In Summer

Could this Mercedes-Benz fan favourite be a perfect fit for your...